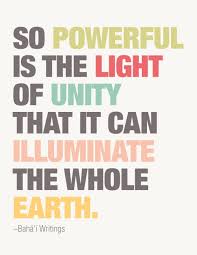 In lieu of the latest scandals involving men in positions of power, abusing their power, I have thought deeply and tried to remain objective. When we use one another’s pain as a platform for political agency alone, we perpetuate the very dominant systems we seek to transcend. By simply focusing on the actual events or violence done, we become blind to the systems at play powering the violence we experience. I appreciate the enormously brave women of late highlighting the gendered violence we as women face, by virtue of being born female (gendered as such) and made object…an object in need of protecting; an objectified other presumably manifested for man’s conquest.

I suppose I became numb to those violences after years of compounded traumas. At some point I moved beyond men’s “despicable” behaviors and began to explore the roots of their, at times, violent presence (the psychologist in me). I spent years doing field work per say, and came to understand it was not their natures, but how they had been socialized. I feel it my duty to share and speak up for all men who themselves are unaware of what drives their often times, indirect violent behaviors.

(Note- This discussion applies to all humans on the spectrum of what it means to be human, however you identify, not to leave anyone out or propose a sexist/cis-sexist argument here. I am specifically responding to the recent stories of gendered violence/conflicts involving women and men who identify as such).

Men are human just as we women are. Men have been socialized in violent manners, the same as us women. They have been held to impossible standards of masculinity, experiencing emotional traumas by virtue of what it means to be human, the same as women. They have real human emotions, whether disconnected or not, the same as us women. At the end of the day, they need the same care and attention, grace and compassion given them, as we women. They represent the other end of the spectrum of what it means to be human, our divine counterparts. It is time we show and teach them how to love and be loved in the world.

Standards of masculinity destroy what is pure and gentle, kind and emotional in our boys, who become our men. As children they are told not to cry, encouraged to wander and compete, ostracized at every turn for expressing “feminine” qualities, which in fact range on an entire spectrum between feminine and masculine on the human scale. It’s like ripping their arms off as children and expecting them to hug us as grown men (My amazing counselor and friend once shared this metaphor with me). We fault them for their disconnect, but fail to realize how we as women have contributed to and perpetuated that very disconnect. We encourage competition and insist they be “men”, powerful, strong and aggressive in their quest to the top. We insist they provide for us and protect us, as if we really need all that being the capable powerful women we are. (Remember we women were socialized to believe certain irrational norms as well). We forget we taught them to wander in the world as boys, to get dirty, to explore and discover new terrain. When they fail to shake that mindset/socialized behavior within relationships as adults, we call them dogs and kick them rather than wrapping our arms around them. When men fail to meet our standards, all rooted in power and control, they regress to childlike attention and power seeking behaviors, and women/power/control become the objects of their conquests. They need to feel like “men” when all else fails.

In this world, there are only mothers and their children. Something to consider next time we scorn a male for his socialized behavior. I am by no means justifying gendered violence, structural or direct. I too, am a survivor of innumerable such violences. Rather, I am suggesting we look beyond the mind’s eye, beyond the behaviors, beyond their abuse of power, at what drives their quest. You will likely realize women and men (and everyone in between) share similar, internal struggles with different faces. I feel strength and awe witnessing so many women coming out now using their voices. It is about time we speak up and out, reclaiming our boundaries and standards…but I do encourage we look beyond men’s “bad behaviors” at the structures, systems, and impossible standards we hold them to, also at fault for creating those men as they are.

Remember we are women. We are daughters, siblings, friends and healers in the world. We are the divine feminine manifested to power the world. When you feel powerless, move deeper into your knowing, realizing you have/had a hand in what you are experiencing. The next time a man/boy/child forgets who he is, or is told he is less than what he should or could be, take it an honor to share with and facilitate love within that interaction, teaching/reminding them of what it means to be all of himself. We must remember for ourselves as women, all of who we are and the ways in which we have been complicit in creating our social realities, in order to be this said and needed facilitator of remembrance.